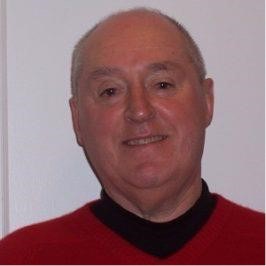 They say rules are made to be broken. Well don’t tell that to Walter Crotty. Walter has dedicated himself to learning and teaching the rules of golf for many years. Given that golf is a sport of 34 rules, with approximately more than 100 sections and subsections, leading to more than 2000 explanatory decisions, probably giving golf the most complicated rules of any sport, this is no simple task. The history of golf is full of examples of matches won and lost based on the adjudication of an often obscure and complicated rule.

When Walter Crotty was elected as Rules Director for the NLGA in 2000, the number of qualified rules officials in the province fell in the single digits. With such low numbers, these volunteers were spread thin in their attempt to cover all the competitive tournaments in Newfoundland and Labrador. In addition, the cost of sending officials across the province placed a huge financial burden on the NLGA. In an effort to remedy this situation, Walter has spent the last ten years educating anyone willing to learn the rules of golf. His goal was to qualify officials at every venue in the province so that all courses would have an ample number of volunteers thus relieving the travel expenses taking the pressure off a few who spend countless hours on the course.

Walter attained National Rules Certification in 2001. In 2001 he held his first Provincial Rules Seminar at Bally Haly. These seminars were held one night a week for three months and have continued for the last ten years. In addition to this, he also held similar seminars every spring in March and April to train provincial officials. He would be the first to say that he does not do this alone. Initially, both he and Bruce Martin did the instructing but as the number of officials grew, so did the number of those willing to be instructors. Under his tutelage and “head by example” approach there are certified officials in every region of the province today.

Walter also gives freely of his time at the club, provincial, and national level. From 2002 to present he has served on the Bally Haly Golf Committee as Chairman of Rules. From 2006 to 2008 he served on the Bally Haly Board of Directors as Chair of the Operation and Planning Committee. Provincially, Walter served 10 years as a member of the NLGA Board of Directors and he chaired the Nominating Committee in 2010 to 2011. From 2004 to 2008 he served as Governor of the RCGA.

As a Rules Official, Walter volunteers at club and provincial tournaments annually. From 2003 to present he is an official for at least one national tournament every year. In 2009 he was chosen by the RCGA to officiate at the Canada Games in PEI.

The impact of Walter’s dedication to increasing the knowledge of the rules has had a positive and tangible effect on the golfing community of Newfoundland and Labrador. Competitors can now enter tournaments knowing the integrity of the game is being upheld as a full slate of qualified, competent officials take to the courses to help when needed.