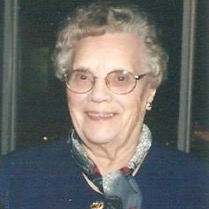 Born and raised in Carbonear, Newfoundland, Violet ‘Vie’ Pike did much of her golfing at the Grand Falls Golf Club. As a result of her contributions to the sport as an athlete, she was awarded an Honorary Lifetime Membership to this club in 1993. In Ms. Pike’s early years, she played a number of local tournaments and won several club events of match play and stroke play. One such accomplishment was her victory at the Ladies Club Championship. Her debut on the national stage was in 1964 when she was one of two women in the province who had a handicap of 15 or less. She was part of a combined Newfoundland and PEI team that travelled and competed in Calgary that year. Between 1972 and 1982, Ms. Pike would play on 10 more Provincial Ladies Teams, representing Newfoundland in ten Canadian provinces at both the amateur and senior levels. Along with her work as an athlete, Ms. Pike was a very effective committee member for the ladies section of the Grand Falls golf club and held various positions on the executive there. As a result of her numerous accomplishments she was inducted into The Newfoundland and Labrador Sports Hall of Fame for her golf and curling achievements in 1986.