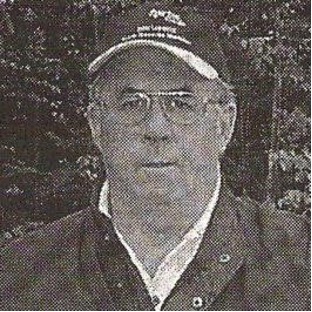 Tom Jones was born June 9th, 1946 in Stoughton, Massachusetts. In his younger years he excelled at baseball at all levels. While playing baseball, Mr. Jones did caddying jobs at some of the local clubs in the area. He enjoyed playing some golf on caddie days, but most of his time was spent playing baseball. He had tryouts with both the Boston Red Sox and the New York Yankees, getting the opportunity to play developmental ball with the Yankees in the Cape Cod league. Due to an arm injury, however, he was forced to give up ball and enlisted in the U.S. Navy. After serving five years as an Air Traffic Controller, he left the Navy and joined the FAA but eventually left in 1981 after a labour dispute.

Mr. Jones arrived in Gander in 1990 and immediately became very active at the golf club. He found success as a golfer at the club level, provincially and nationally as well. He is a three-time winner of the Gander Men’s Club Championship (1990, 1999, 2002) and was chairman of the Gander Golf Club expansion project to complete the second 9 holes. Provincially, he has been a member of the Men’s Mid-Amateur team (1994), he has won the provincial Senior Men’s Long Drive Championship (2001) and he has been named NL Senior Provincial Champion three times (2004, 2005, 2006). At the National level he has been a member of the Mid-Amateur team (1994), a member of the NL National Senior Team (2003-2007) and was crowned winner of the Senior National Long Drive Championship (2001).

Mr. Jones is married to Lily Brown and has two daughters, Jennifer and Carolyn, two stepsons, Tony and Andrew, and seven grandchildren. He is the current president of the Gander Golf Club.