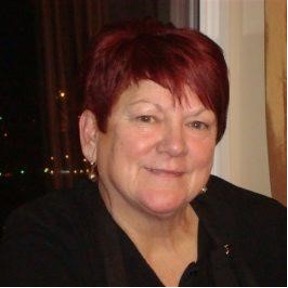 It goes without saying that golf is often more than just a game. For many it is a passion, for others it is the ping from that one perfect shot that brings them back to the tee box, and for many more, it is a beautiful walk interrupted by a small white ball. It is game that require time, focus, and commitment if you are to live up to your game. Throughout our lifetime, many things bring us to the game, while at other times things pull us away. For many women, in particular, the demands of a young, growing family are often the one thing that will pull you away from the game. That is, unless you are Sandy Martin and your girls are following you to the course.

Now, it is not unusual that the sporting interests of children bring their parents into a volunteer role to support those interests. So it began that Sandy took on her first volunteer role at Bally Haly as Assistant Jr. Coordinator in 1982 when her daughters Nancy, Gayle, and Karen expressed an interest in golf. This began an impressive stretch of volunteer involvement at the Club, Provincial and National level that would span twenty years.

in 1983 Sandy took on the job as Jr. Girls Golf Coordinator at Bally Haly and held this position for eleven years. Her responsibilities included the running of club tournaments, organization of clinics and the chaperoning and coaching of the girls when they participated in Provincial Tournaments. In addition to this, she accepted the position of the CLGA Provincial Jr. Coordinator from 1985-1990 taking our Jr. Provincial Teams across Canada to attend National Tournaments. Three of those girls, Kathryn Matthew, Brenda King, and her daughter Gayle, went on to careers as golf teaching professionals in Canada and the USA.

In 19986, Sandy’s own interests lead her to Rules so she volunteered to take the position of CLGA Provincial Rules Chairperson. She attended three National Rules Workshops and successfully became a certified rules official. For the next fifteen years, Sandy volunteered countless hours as a rules official at the Club, Provincial, and National level. It takes a lot of knowledge and a very thick skin to take on the necessary and often unrewarding role of rules official and Sandy did this without hesitation.

In the early ’90s, Sandy took on yet another challenge when she became provincial Course Rating Chairperson for the CLGA. Attending three National Workshops, she gained the expertise needed to rate courses and spent the next four years rating all of the courses in Newfoundland and Labrador.

In addition to this, Sandy served as both Ladies Golf Captain and Curling Captain at Bally Haly. These positions required her to serve on the Board of Directors and to prepare and present reports and have input into the development of programs at the Club level.

As a competitive golfer, Sandy attended many CLGA tournaments during her career. In 1995 she and her daughter Gayle made history when they both played on the NL Amateur Ladies Team in the National Amateur Championships. This was certainly a great accomplishment for Sandy and a very proud moment for mother and daughter.

Sandy may have started her volunteerism when her daughters began playing in the Junior Program. In many ways, golf became a Martin Family affair and a huge part of their lives revolved around this club. But Sandy’s volunteerism was not self-serving. When her girls had moved on, she continued to volunteer in many different capacities. Her love of golf and her willingness to be an integral part of the women’s golf program became evident as she continually offered her services. Although there may be others who have held volunteer positions for long periods of time, for one person to serve in such diverse and technical positions is a rare occurrence. Sandy (Martin) Pearcey has certainly made a significant contribution to the development of Golf NL.