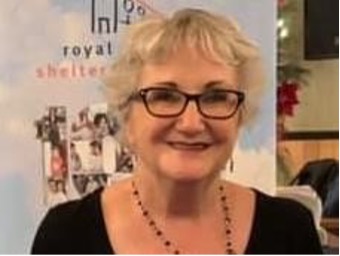 The name Marcheta Gallant is synonymous with the Golf. Her golf resume pans over four decades with involvement as a player, referee, coaching staff, volunteer and administrator.

Her athletic achievements include representing the province at the 2004 Senior Women’s Nationals Championships, the recipient of numerous awards at Tamarack Golf Club competitions and in 2005 Marcheta was awarded the Senior Female Athlete of the Year in Labrador City.

Her volunteer experiences are diverse and began at the Tamarack Golf Club in 1982 as a Member of Tamarack Ladies Division that eventually led to serving as president; and a contributing member of the main committee for well over 10 years.

In 1986 she spearheaded the revival of the Junior Girls’ Program and fulled the position of Junior Program Co-ordinator , organized visits from the Provincial Golf Professional to host Junior Camps as well as co-ordinated clinics for the Amateur and Senior Ladies of the club. As part of the golf development program, Marcheta was instrumental in bringing the Provincial Junior Director from St. John’s to make presentations to classes in all the schools in an attempt to promote Junior golf Ladies’ participation. This was possible through obtaining funding from the Labrador City’s Recreation Commission.

From 1996 to 2006 Marcheta was a Member of the Provincial Ladies Association and from 2001 to 2006 served as the Provincial Teams Director: organizing and running the Provincial Junior, Amateur and Senior Ladies’ Championships and Women’s Team Trials.

From 2005 to 2006 she was a member of the committee assigned to amalgamate the provincial ladies and mens golf associations into one umbrella organization. With that objective completed she filled the role of Provincial Team Director, as well as Vice President of the association. In 2009, Marcheta took the helm of the association as President and began the enormous task of rebuilding the organization.

With a very small volunteer base to draw from Marcheta put together a n interim Board to guide the development of the organization. Through her leadership the association forged a new direction implementing a number of new programs and beginning to focus on junior golf development throughout the province.

In 2010, the organization began discussions with Golf Marketing Alliance to investigate the potential of consolidating the sport and marketing associations of golf into one entity. Through a consultation process, engaging the membership, a revised constitution and governance model the consolidation of the two organizations officially took place in March 2013.

During her tenure as President, Marcheta participated in many of the committee including Junior,

Competitions, Finance, Membership, Hall of Fame and chair of the Board. As President she served on Golf Canada’s provincial Council providing her expertise and knowledge to help guide national initiatives and programs.

Throughout the years Marcheta has been directly involved in ladies and mens Provincial Championships, Future Links Atlantics, and National Championships. She has undertaken many aspect of these competitions including starting, scoring, Tournament Director, Appeals Committee member, coordinating officials and overall administration. There was no doubt that she was the face and driving force behind many of the championships.

Having a passion for junior golf, she has served in many capacities from traveling with the Junior Girls teams to national competitions, Manager of the 2013 Canada Games Team, and assisting with the hosting of provincial junior development camps.

In 2013 Marcheta challenged and obtained her Level III Officials certification and began volunteering as an official in a number of junior events including the Tely Tour. Today, Marcheta continues to golf and is an active member of Harmon seaside Links.