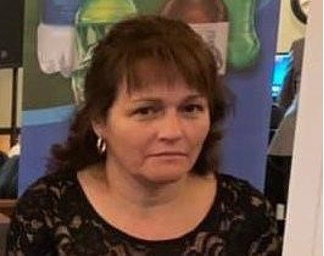 Kim Grandy-Baker was born the second of 4 children to Ernest and Mary Grandy in Garnish,

Newfoundland. The Grandys are a fishing family and as such Kim grew up knowing the meaning of hard work. Kim has been involved with Grande Meadows Golf Course in Frenchman’s Cove on the Burin Peninsula since 1994 and has worked continuously there until her retirement. She brought her hard working value to Grande Meadows and passed along that value to her staff over the years.

When the funding for the course came through Ms. Grandy-Baker was hired to work full-time clearing some of the brush for the outline of the course. During that summer she attended a 4 week golf course maintenance program hosted by Mr. Rick Greening. Kim received training in various aspects of golf course grounds maintenance including mowing, watering greens, manicuring various ares to keep the course in immaculate shape.

In 1995 Kim became Office Clubhouse Manager where she continued to work in that position until her retirement in 2018. Doing so meant a complete reversal of the work she had been doing and being the person she is she went into the job head first. Of course it meant going back to school in the nights to learn Simply Accounting so she could learn to do the financing.

Kim was dedicated to the course and she would spend many hours filling in for those who needed a day off or who called in sick. To this end in the summer she would set her motor home up in the Frenchman’s Cove Provincial Park near the course so she was next door if needed. She would spend many off days on Saturday and Sunday at the golf course helping out in the kitchen, on the front desk or on the driving range picking up balls. It didn’t matter to Kim – if it needed to be done she would help.

In some years when accommodations were scarce Kim also rented out her motor home in the park or her summer home in Garnish to golfers coming for the Annual Grande Meadows Invitational Golf Tournament in June. She would not see anyone without a place to lay their head at night. She would do whatever it took to make the tournament successful.

Kim always worked very closely with the Tournament Committee at Grande Meadows and was always there on tournament day to make sure things ran smoothly. She was instrumental in the running of every Club Championship and every single one of the 21 Grande Meadows Invitationals held to date. Kim took pride in working closely with the Burin Peninsula Health Care Centre to hold their annual Hospital Tournament which has raised in excess of $1,000,000 since it’s inception.

She also helped out any charity such as the Golf For The Cure or the Children’s Wish Foundation or with political parties such as the Liberals or the Progressive Conservatives who wanted to hold a function. A vital aspect of her job was to welcome many local towns, schools, service clubs, fire departments and other interested groups to use the course to raise funds for their groups.

As well Kim worked closely with Golf Newfoundland and Labrador in hosting several provincial championships over her tenure at Grande Meadows including the Men’s Amateur,

Ladies Amateur, Juniors and the Adult Provincial Amateur in 2014. Grande Meadows most recently hosted the Provincial Junior Golf Championships in 2017.

As Office Clubhouse Manager Kim was responsible for the day to day running of the golf course as well as overseeing the inside workers including the front desk staff and the kitchen staff. She would be responsible for worker’s schedules and making sure all aspects of the Union workers contracts were adhered to properly.

In the first few years of the golf course operations there were over 240 members who had to be taken care of and there were many challenges with a new golf course. Kim met those challenges head on and not only persevered but blossomed into a very confident individual who was well versed in the running of a golf course.

Besides the golfing challenges Kim also had to deal with the budget finances for such a large operation and made sure that all aspects of the yearly budget were checked by the Finance Committee. She was in close contact with the committee and made sure that they weren’t surprised by any discrepancies in revenues or expenses.

Kim was also responsible for the Pro Shop and as such she attended golf shows each year on the mainland to replenish the Pro Shop for the upcoming season. Each year she would attend along with the Course Superintendent and check out the new clothing and supplies which they would purchase for the following golf season. Her choices were always done with a knowledge of what would be the best for Grande Meadows to best make a profit.

In the early days of the clubhouse when it was small and there wasn’t much room Kim would use her ingenuity to help out during functions or golf tournaments. If it meant making homemade soup on 2 burner stove or making cheesecake in the microwave, Kim would do it and it would be successful. She would not be stumped – she would find a way.

She would get involved in setting up Junior Golf and Future Links which has been very successful at Grande Meadows over the years. One year during tough times and when there were no student workers during the summer Kim along with Course Superintendent Bill Lee stepped in to make sure that both activities went ahead for the full season.

Kim faced many challenges during her years at Grande Meadows and she faced them head on doing what she thought was best for the course. She always tried to make golfers happy and satisfied when coming to Grande Meadows to enjoy a game. Kim Grandy-Baker is in no small way responsible for the development of golf at Grande Meadows Golf Course in Frenchman’s Cove, Newfoundland and as such deserving of a place in the Golf Newfoundland Hall of Fame.