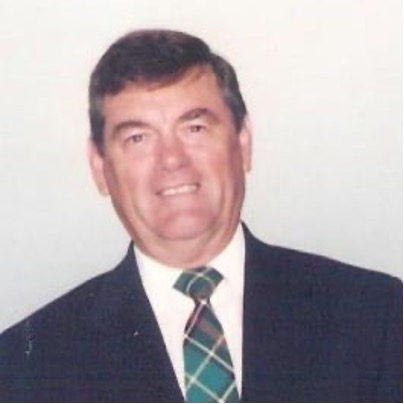 Joseph Kevin Murphy has been a consistently fine competitor over the past twenty years in Newfoundland, despite having taken up the game of golf at almost 30 years of age, a late starter by golfing standards. He has been one of the top competitors at Bally Haly for a number of years, having won a number of club tournaments including the 1987 Club Championship at match play and two club championships for the Father & Son Division. He has also captured the Four Ball Match Play Club Championship, known as Captain’s Challenge, an unprecedented six times. On the provincial golfing scene Mr. Murphy has finished in the top 10 at the Newfoundland Amateur fives times, including his appearance, at age 54, on the Newfoundland Wellingdon Cup Team in 1987. It is on the senior golf scene, however, where he was to compile his most impressive statistic of 8 Newfoundland Senior Team appearances in 9 years. In addition, in the 11 years Kevin has competed as a senior, from 1988-1998, he has never finished lower than 5th place in the provincial Senior Championship. He even won the title of Newfoundland Senior Champion in 1997. Mr. Murphy is known throughout our province as a keen competitor who is a great ambassador for the game of golf in Newfoundland. In his ten national appearances on Provincial Golf Teams, he has represented Newfoundland with pride and dignity.