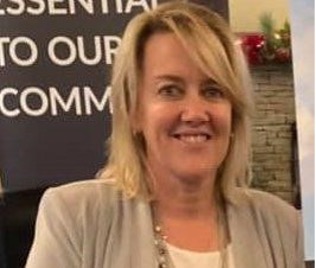 Jill joined the Bally Haly Junior Golf Program at age 10, encouraged by her parents Bill and Daphne, and received great instruction from Bruce Imrie, Jim Stick, Gary Oke and Gordon McInnis. Golf was one of many sports she played as a child and focused on through her teens as she excelled at the club, provincial and national levels.

Jill likes to say that she started playing golf before it became the trendy thing to do. When her 13-yearold peers lost interest in the game, Jill’s competitive nature took hold. In her prime teen years, Jill was a fixture on the driving range that straddled Bally Haly’s 9 th fairway, practicing and playing up to 36 holes a day, even “shagging” her own golf balls. During this formative time, her playing partners will say that she developed colourful language that was borne from her desire to compete and improve.

Because there were few girls who golfed at the time, Jill played many rounds with boys and men at Bally Haly. So, it was no surprise that on Father’s Day when she was 16, she joined her father and two other men for an early tee time – as a Junior member, she was only permitted to play after 1:00 on weekends. By the time the foursome reached #14, the course marshall approached her father to advise that Jill shouldn’t be on the course. They completed the round and met a committee in the clubhouse afterwards. The next year, Bally Haly introduced new membership categories that allowed women and qualified juniors to play anytime.

Jill continued to pioneer the evolution of women’s golf during her first year at Western University. When she learned there was no women’s golf team, she asked to play for the men’s team. After some deliberation, the athletic committee allowed her to try-out for the men’s team, where Jill missed the cut by two strokes.

During her Junior and Amateur career in the province, Jill excelled and helped to define the standard of excellence in women’s golf in Newfoundland Labrador, and proudly represented the province and Canada from 1981 – 1993. Jill won four consecutive provincial junior championships, six Amateur championships, and represented Canada at four tournaments internationally.

In addition to her 10 provincial championships, highlights of Jill’s accomplishments include Top-5 and Top-10 national rankings, and recipient of the prestigious Marlene Streit Award that recognized five top junior girls in Canada by funding their play in select international junior golf tournaments.

In the Fall of 2018, her daughters secretly researched her golfing career and contacted Bally Haly with the results. At Christmas, they surprised Jill with a letter informing her that she was inducted into the Bally Haly Hall of Fame on December 3, 2018.