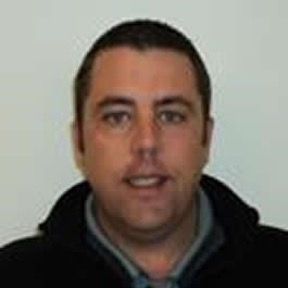 Jason was 10 years old when he joined Bally Haly and did not progress as a golfer until his late teens.  He entered his first competition, the provincial junior tournament at 12 years old and finished last.  Unhappy with his performance he began to work on his game along with the help of his father Edgar.  When not practicing at Bally Haly, on many evenings he and his father would practice at Pleasantville.  Through his hard work at the age of 16 he made his first provincial team.  He is now considered the best golfer this Province has ever produced.

He represented NL at the Canadian Junior Nationals for three years from 1994-1996.  From 1997-2004, he won the NL Amateur Championship 5 times and made the NL team every year during that 8 year period.  On three occasions at the National Golf Championships he advanced past stroke play competition to match play – the only golfer from this Province to accomplish that feat.

2001 and missed the cut by only 4 strokes.  He finished 5th in a field of 156 golfers at the 2003 Canadian Club Championships in Quebec, with a 4th round tournament best score of 66, including 30 on the back nine.  In 2006 and 2007, he played on the Great Lakes Professional Golf Tour and finished 27th and 13th on the Order of Merit in those two years.  During his professional years he tried to qualify for the Canadian Tour but was unable to do so, missing his card by just one stroke in 2006.  In 2007, Jason joined the PGA of Canada as an Apprentice and won the Play Ability Test shooting a -4 over two rounds to capture his first professional victory.

In 2005, he graduated from Memorial University of Newfoundland with his Bachelor of Business Administration and in 2012 he became a Class ”A” member of the PGA of Canada.  He  worked in Ontario as the Associate Golf Professional of Station Creek Golf Club, a part of ClubLink Corporation and is presently the Head Golf Professional at Bally Haly Country Club in St. John’s.

Jason’s entire life has revolved around golf and he has had the opportunity to travel across Canada multiple times to represent NL at national events but his favourite place to play is with his friends that he grew up with and the course where he learned to play – Bally Haly.