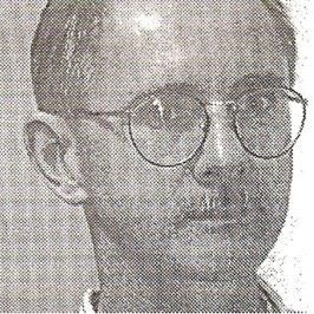 Several years ago Horatio Cluett had a dream to start a golf course on the Burin Peninsula. As a draftsman by trade, he found a parcel of land in Frenchman’s Cove and began to gather the maps of the area to sketch a nine-hole course. That was the start of the struggle that lasted nearly two decades before the dream became a reality.

In, 1987, Len Simms, then Minister of Recreation, released the land owned by the Provincial

Government Park in Frenchman’s Cove to the committee headed by Mr. Cluett, but some people were opposed to the idea and other golf groups wanted other areas to be screened first. Then the political game started, but Mr. Cluett never wavered; he continued to persevere and fight. After much lobbying, the Frenchman’s Cove site was finally selected as an appropriate and feasible area to develop.

Then, Mr. Cluett and his committee began the daunting task of seeking funding for the project, lobbying the Fisheries Alternative Program, the Peninsula Development Centre and the Heritage Run Tourism Association.

In May of 1994, the contract to develop the course was awarded to Atlantic Golf Construction of New Brunswik and the project was completed in June of 1995. Grande Meadows Golf Course opened for its first season in July 1995 with Mr. Cluett leading the way as Chairperson, a position he held for four years.

In 1995, Sport Newfoundland and Labrador honoured Mr. Cluett by awarding him the Frank Gramham Memorial Volunteer of the year award for his 16 years of work in establishing the course. If it were not for his hard and dedicated work, Grande Meadows Golf would not have become a reality. As a builder of the golf program, Horatio Cluett is one of the great founders of golf on the Burin Peninsula.