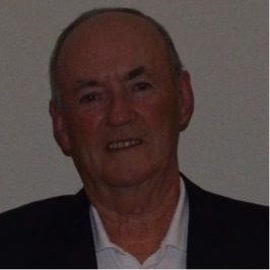 Gerry was a founding member of the nine person group formed to take over and operate the nine hole golf course located on the Harmon Air Force Base located in Stephenville, Newfoundland and Labrador. This executive was formed in the Fall of 1965 with the take-over in 1966.

Golf and Country Club for the next 15 years, finishing up as President in 1980. During his year as President he started the first Harmon Invitational which is still a success to the day. He continued as a member of different committees for many more years. He was one of the greatest putters in Newfoundland and Labrador and still plays to date.

Team in 1971 and traveled the province with them in competition. During his years with the Harmon Golf Club he helped to get new golfers by offering free instruction at the beginning of each new golf season. This was always successful.

For the past 15 years ending in 2015, he spent his time as a Provincial Rules Official covering provincial events on the west coast of the province. He became involved in this through his friend, Walter Crotty. Gerry also spent 2 winters teaching the rules of golf at Western College here in Stephenville to both men and women at no charge.

Participation as a player:

It could be said that Gerry’s greatest game was shooting a 73 at the National Senior on the 2nd day of competition which moved Newfoundland and Labrador out of last place ahead of Prince Edward Island and making the cut. His greatest shot in National Competition was sinking a 30 yard sand shot on the 18th hole in Montreal in 1998, to again move ahead of Prince Edward Island by one shot.