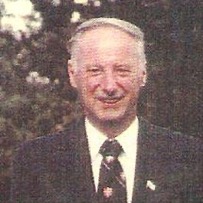 Edwin Fred Rockwood was born on July 16th, 1930 in Grand Falls-Windsor, Newfoundland. Within this provinces golf industry he is most renowned for his accomplishments as an athlete. Throughout his career, Mr. Rockwood has participated in a number of tournaments locally, provincially and nationally. Known in many golfing circles as “Steady Freddy” due to his skilled management of the golf course, Mr. Rockwood has won a number of titles and has been a member of Provincial teams on a number of occasions. He was the winner of the Cooper Cup in 1953, 1955 and 1968. He also won the McInnis Cup 5 times (1952, 1953, 1957, 1960, 1963). He was a Wellingdon Cup Team member in 1966, 1969 and 1973 as well as having been on the Newfoundland Provincial Senior team for 6 consecutive years, from 1985 to 1990. While being a member of such teams, Mr. Rockwood won the Provincial Amateur Championship in 1969 and the Provincial Senior Championship in 1989. Fred’s ability was second to none, always managing to keep the ball in play. With an incredible short game and a calm and relaxed approach to competitive golf, Fred Rockwood was a great ambassador for the sport in this province. Fred and his family currently resides in Kingston, Nova Scotia.