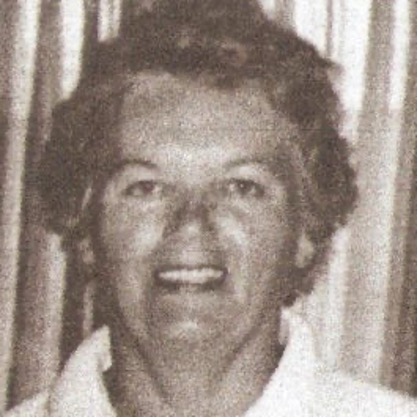 Edith ‘Edie’ Dean was born on November 16th, 1925 in Bay Roberts, Newfoundland. Through golf, Ms. Dean had a number of successes as both an athlete and a builder of the sport. In 1970, Ms. Dean was appointed member of the Newfoundland team at the amateur level, a position she would hold again in 1973 and 1974. She first joined the Newfoundland Senior team in 1976 and would remain a member of the team for 19 consecutive years until 1994. During this time, Dean competed in over 20 national competitions and was crowned Provincial Senior Champion 9 times from 1979 to 1985 and 1987 to 1988. In addition to excelling at the game of golf, Dean has also participated in the organization of the sport both provincially and nationally.  At the provincial level she has been the Director of Handicaps and Rules at her home club (Grand Falls Golf Club), she has attended National Certification clinics, she has been responsible for Rules Committees at Provincial Championships and she has served as the Director, Vice-President, and President of the Provincial Golf Association. Nationally, Dean was a member of the Board of the Canadian Ladies Golf Association, the national governing body of ladies golf in Canada. In honour of her many accomplishments, Edith Dean was inducted as a Life Member of the Grand Falls Golf Club in 1995 and into the Newfoundland and Labrador Sports Hall of Fame in 1999.