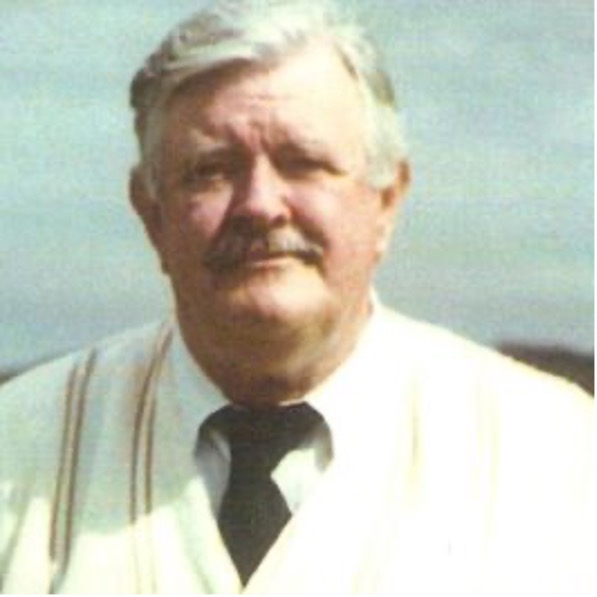 Dr. George Grant was born in Scotland on March 24th, 1923. His athletic prowess was recognized at an early age when he spent summers with his grandmother in Burgehead, Northeast Scotland. He would hit golf balls continuously and enjoyed learning and practicing new shots and techniques. When he arrived in Stephenville, Newfoundland in 1955, his proficiency at golf became widely known within the area. He was soon welcomed to the new Harmon Golf course built and opened by the Americans in 1962. When the Americans left in 1966, Dr. Grant was part of the local group that took over ownership and he eventually became the clubs first president. At this local level, Dr. Grant served many years on the executive of the Harmon Golf and Country Club. Along with being its first president, he was at various times golf captain, tournament chairman, vice-president, course manager, and was a revered Course Marshall during the various NLGA tournaments held there. As a teacher at the Harmon course he has a legacy of fine young golfers who have dominated or been prominent in Newfoundland golf circles. Perhaps his most acknowledged protégé and student is George Chaulk, another elected member of the Newfoundland Golf Hall of Fame. As a mentor, Dr. Grant had a hand in the success of a number of prominent golfers in this province. As an athlete, Dr. Grant participated in a number of national competitions including being a member of the 1968 Newfoundland Amateur Team, and a four-time member of the Newfoundland Senior Team from 1979-1982. His contributions to the sport, both athletically and pedagogically, have had a positive impact on golf in Newfoundland and Labrador.