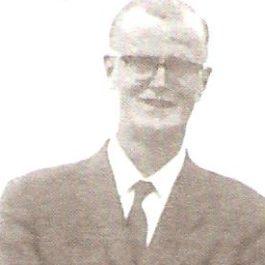 Dr. Duncan Rice (b. 1922) was a pioneer of the golf industry in Newfoundland and Labrador. Although not originally hailing from Newfoundland, the work he did during his time here (1958-1984) broke new ground for the sport in this province. Dr. Rice was instrumental in founding the Newfoundland Golf Association and was the organizations first secretary-treasurer from 1964-1973. In its inaugural year, Dr. Rice organized and ran the first Newfoundland Amateur championship and was essential in the tournaments planning through 1973. After many years of lobbying, Dr. Rice organized and chaired the first Newfoundland Open Golf Tournament in 1969. This event brought professional golfers from Canada and the eastern United States to this province and received a number of accolades from its participants. He was also Newfoundland’s first representative at the Royal Canadian Golf Association and held his position as Governor of Newfoundland there from 1965 to 1970. Dr. Rice also had a number of successes as an athlete. At his affiliated golf club, Bally Haly, he won 10 Bally Haly Medal Play Club Championships. Provincially, he won the first ever Newfoundland Amateur Provincial Championship in 1964, the tournament he himself established. Nationally, he competed as a member of the Newfoundland team for the Wellingdon Cup in 1964 and 1965. He also had a very keen interest in golf course design and turf management, which led to many positive changes at Bally Haly during his time there as President (1969). Without Dr. Rices’ involvement, organizational ability, determination, and general zeal for the sport, it is arguable that golf in Newfoundland would have taken many more years to emerge.