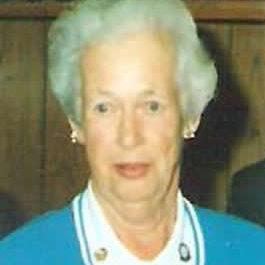 As a pioneer of women’s golf in Newfoundland and Labrador, Cynthia Landrigan has accomplished much development in the sport with her work as a builder. Ms. Landrigan began playing golf when she joined Bally Haly Golf and Curling Club as a junior and student member in 1943. She became an adult member in 1953 and continued to play, although her focus began to shift. She became a member of the board of directors in 1966, a position she would hold for a number of years (1966-1968, 1970-1972, 1986-1987). She also served on the Provincial Association as treasurer, first vice president and finally as its first female president from 1976 to 1980. Under her presidency, the association hosted its first Canadian Ladies Golf Championships in 1979. During this time she was also on the board of directors for the CLGA and was host President for their Annual meeting in 1978. Landrigan has been the chairperson for a number of events including the 1983 Canadian Senior Ladies Championships, the 1986 Atlantic Junior Girls Team Tournament, the 1989 Canadian Ladies Amateur Championship and the provincial ladies Golf Championship in 1985 and 1991. She was a Ladies Golf Captain in 1971-72 and 1986-87, and was instrumental in getting the Ladies Golf Captains to be members of the board. For all of her efforts and advocacy she was inducted as an honorary member of Bally Haly.