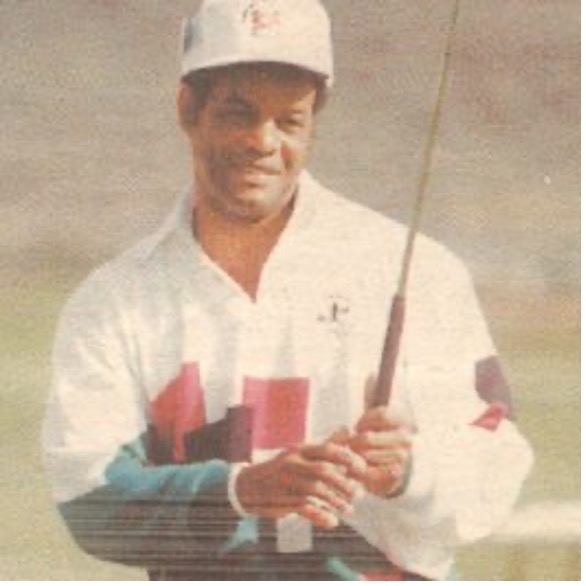 After moving from Trinidad to Newfoundland in 1971, Charles ‘Charlie’ Earle has had an outstanding career as athlete and builder of golf in this province. As a member of the Harmon Golf Club, Mr. Earle has held a number of positions ranging from social and tournament chairman to golf captain and president.

In 1997, as club president, Mr. Earle was instrumental in starting discussions concerning the construction of the back nine at Harmon. He was pivotal in securing funding from the ACOA and overseeing the entire project. Whether it be consulting with architects or supervising construction, Mr. Earle ran the operation until the grand opening in 2000.

Mr. Earle was also active on a number of provincial and national boards during this time. As president of the NLGA, he attended a number of conferences (including rules seminars, junior development conferences, sports federation meetings and provincial directors meetings) and advocated for junior players (negotiated airlines tickets for junior competitors, received grants to fund junior events, chaired the junior golf development committee and coordinated provincial junior championships) between 1988 and 1992.

Nationally, Mr. Earle has been the Newfoundland representative on the RCGA.  Mr. Earle has also been a dedicated and consistent supporter of course development with a special interest in agronomy. He has proven an invaluable consultant regarding turf management for clubs in the province.

As an athlete, Mr. Earle found similar success. He was captain of the Newfoundland Provincial Junior Team four consecutive years from 1987-1990 and consistently placed in the top ten at Senior Provincial competitions when he moved to this category in 1990. His most notable athletic accomplishment is perhaps his participation on the 1996 Provincial Senior Team. He is also an avid curler and has competed nationally in this sport.