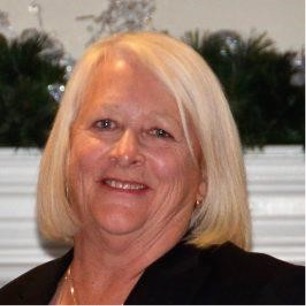 Catherine Thompson (nee Wright), Kay to us, was born in South Africa and moved with her family to Calgary, AB when she was five years old. There she stayed until 1984 when she relocated to NL. Most of her working life was with Revenue Canada, but she spent many of the later years of her career seconded to the RCMP until her retirement in 2005.

Her interest in sport probably came from her father, Kay curled, played volleyball, basketball, and tennis. In the early 1990’s, she finally saw the light and took up golf and liked the game. She began golfing at Captain’s Hill, Pippy Park and became a member of Admiral’s Green once the 18-hole course was built.

There she helped with various activities around the club, spent 4 years on the Board of Directors of

Early on she knew that rules was her area of interest; so she started attending meetings of the Canadian Ladies’ Golf Association/NL Branch (CLGA/NL Branch) and by 2001, she was the Provincial Rules Director. Once committed to rules, she took every opportunity to improve her knowledge and skills. In 25 years, her involvement included”